Pakistan faces acute challenges in terms of water security and climate change. According to a recent report by the World Bank, the mismanagement of water resources has been costing Pakistan almost 4 percent of the GDP, and roughly around $12 billion every year. The agriculture sector consumes over 90 percent of the country’s water resources with water wastages as high as 50 percent.

Four major crops – wheat, rice, cotton and sugarcane – utilize almost 80 percent of the total agricultural consumption of water, while contributing less than 5 percent to the national GDP. Despite high water consumption, the agricultural productivity in Pakistan is still low as compared to other countries.

Pakistan needs to adopt a progressive and scientific approach in the agriculture sector for improved yields and optimized utilization of resources. Using modern technology in farming will not only give better produce, but also release pressure from the country’s already strained water resources, develop more sustainable agriculture practices and achieve better environmental health, profitability and social and economic equity. 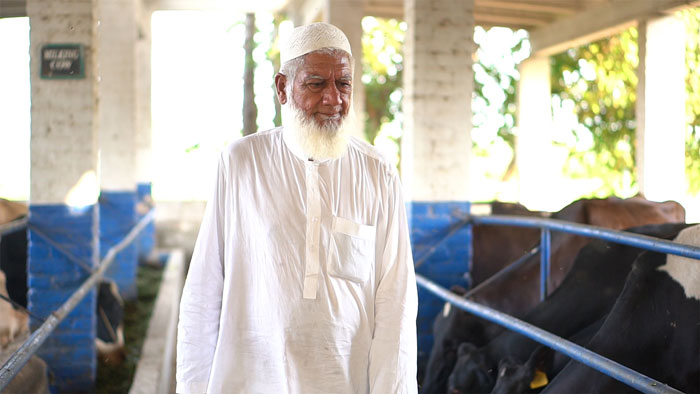 Nestlé Pakistan has been encouraging modern technology in farming and has adopted a collective action approach to help conserve the environment. Cognizant of the increasing demands of food, and climate challenges of today, it is imperative for all stakeholders to extend mutual support. Therefore, we encourage farmers to adopt environment friendly practices to help water conservation and improved yield.

Khursheed Ahmed Khan, a local farmer who has developed into an agriprenuer from a small-scale farm, is implementing modern technology in his farmlands. He has already put in place drip irrigation, biogas and solar panels with the help of Nestlé Pakistan to optimize the resources needed in his farm for better outputs. Since adopting these, he is saving up to 60 percent water through drip irrigation and serves as a lighthouse in his region for others to learn, approach and implement similar practices.

Farm technology such as drip irrigation utilizes water, manure and supplements optimally. It fundamentally provides water close to the roots consistently and gradually preventing excess wastage of water. Because of this, drip irrigation in current times has become one of the most popular method in modern agriculture, advancing water system proficiency to up to 95 percent. 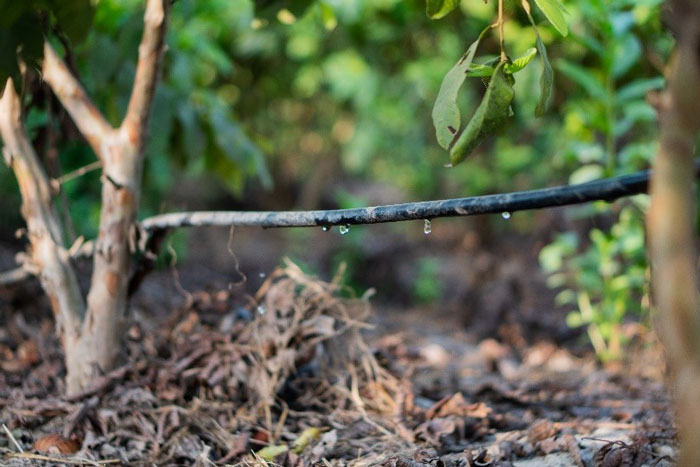 Nestlé Pakistan also extended support to Khan in developing a high-density guava orchard that helped him get a yield twice as much as a traditional orchard with fertilizer savings of up to 40 percent. 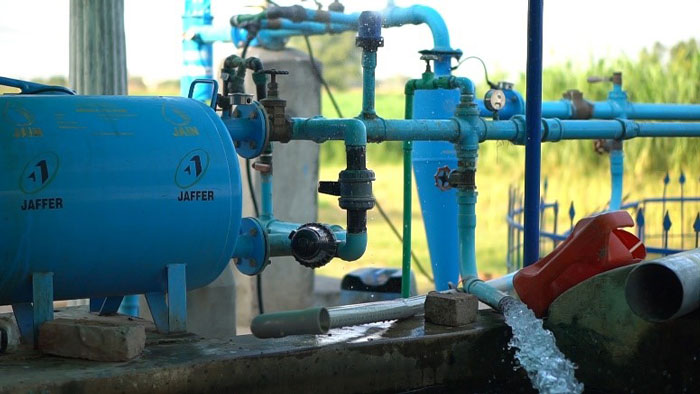 This support was supplemented with provision of a reliable and sustainable energy source for his farm through the installation of solar panels, as electricity from the power grid is not available in many rural areas of the country. This alternative and sustainable energy source now powers the motors needed to operate drip irrigation, replacing diesel-generators which were costly and environmentally harmful.

Another step towards environmental sustainability was the installation of a biogas plant on his farm, which not only saved water, but was an eco-friendly source of organic fertilizer that reduced soil and water pollution.

Nestlé has introduced lighthouses across various parts of Punjab to educate the farmers and researchers about the benefits of using environment friendly irrigation technologies such as drip irrigation, water sensors, solar panels and biogas plant. All of our initiatives are aligned with United Nations Sustainable Development Goals, SDG 13 on Climate Action and SDG 6 on Clean Water and Sanitation to improve environmental sustainability in an agrarian economy.