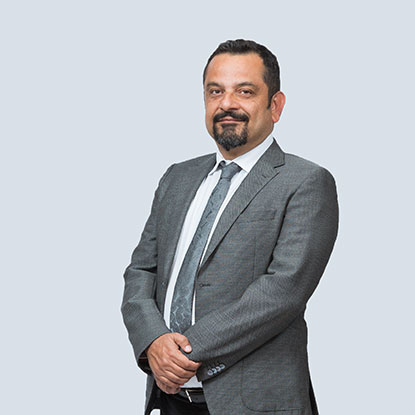 Ali Sadozai is the General Counsel & Company Secretary at Nestlé Pakistan Limited. His function is responsible to ensure company’s business and operations remain legally viable at all times. In addition to this responsibility, Ali holds the role of the compliance officer of the company.

Ali started his corporate career in 2001 with Engro Chemical Pakistan Limited (former subsidiary of Exxon in Pakistan) as Legal Counsel. He was a part of the start up team in 2004 to set up and establish a subsidiary of Norwegian telecommunications company Telenor, in Pakistan. In Telenor Ali was the Director Legal & Company Secretary. Ali joined Nestlé Pakistan in 2008 and began the process of strengthening a culture of proactive and preemptive legal risk management in the organization.

Ali spent a year in 2012 at the global headquarters of Nestlé’s Nutrition business at Switzerland on a special assignment where he contributed to various important business as well as policy related global initiatives.

Ali has a Bachelor of Arts degree from the Government College Lahore and Law degree with Honours from the Manchester University, UK.