Pakistan has had its fair share of problems over the past years, but it has battled everything and emerged stronger than ever.

There is one thing all Pakistanis have always taken immense pride in, which is how beautiful Pakistan is. On its 68th birthday, Nestlé created a platform where everyone could celebrate and spread the love for their country.  It provided an opportunity to thank Pakistan for everything it has given to us and acknowledge the individuals who have put in their lives to make this a beautiful country.

The campaign was open to the general public who submitted letters, photos and videos, thanking, celebrating and recognizing the beauty of Pakistan and being truly Pakistani, be it a local cuisine, life, culture, people or anything that defines “Pyaray Pakistan”. They were shared through Facebook, or tweeted using the hashtag #PyarayPakistan on Twitter. 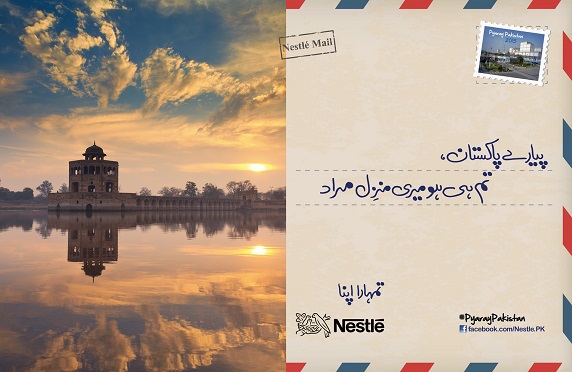 The campaign began at the end of June and lasted till the 14th of August, concluding with a literary event in Lahore featuring prominent Pakistani speakers. This event also included a display of 68 shortlisted photos; the number signifying the 68th birthday of Pakistan. These photos were chosen from the entries of the participants on digital and social media platforms.

Nestlé Pakistan received a lot of positive feedback and quick responses to the campaign. People enthusiastically shared pictures and stories, each of which were unique and beautiful in their own way of describing Pakistan, from Pakistani truck art to Pakistan’s favorite sport, Cricket. 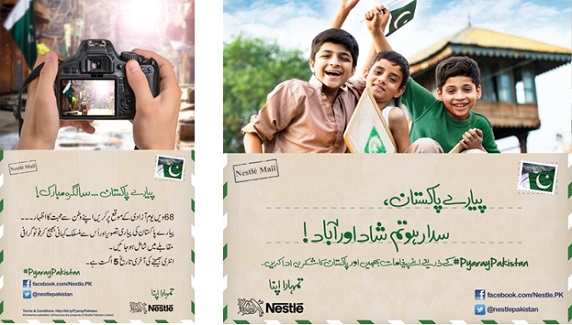 Twitter Pakistan picked up the pace with the trend #PyarayPakistan. The trend went viral and became top-trending on Twitter in Pakistan and the majority of the globe. People from all over the world re-tweeted and showed love and affection for Pakistanis and Pakistan.

Nestlé has elicited an endless stream of positivity amongst the Pakistani people and has successfully presented a diverse picture of Pakistan through the campaign.

#PyarayPakistan – What would you thank Pakistan for? 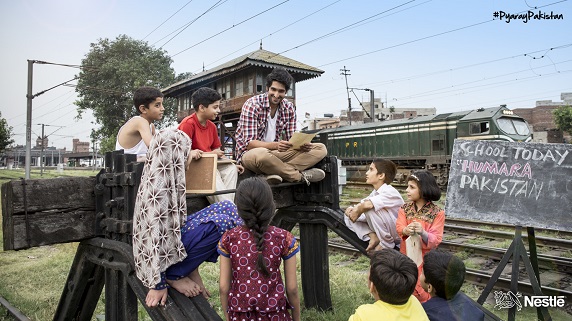