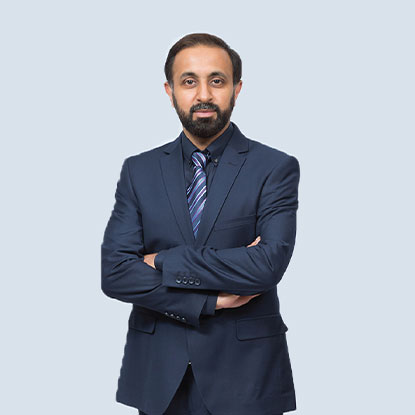 Fuad is Business Executive Officer for Food, Coffee & CPW at Nestlé Pakistan. He joined Nestlé in 2005 and has progressively moved through various roles within Sales & Marketing throughout his career in Nestlé. He began his career at Nestlé as a Category Manager in the CCSD unit after which he moved to Nestlé Nutrition in 2008 as a Brand Manager for NESTLÉ CERELAC.  In 2010, he was promoted as Marketing Manager Dairy managing a PKR 25 Billion + portfolio of various liquid dairy brands. In 2015, Fuad was inducted into the Nestlé Pakistan NIMCOM and appointed as Business Executive Officer (BEO) for the Foods business unit. The business unit was subsequently further expanded to include the Juices, Coffee and Breakfast Cereals categories. In his most recent role he has been instrumental in accelerating top line growth as well as driving household penetration on both the coffee and noodles category through aggressive plans aimed at bottom of the pyramid activities, which have yielded strong dividends on both the Food & Coffee businesses.