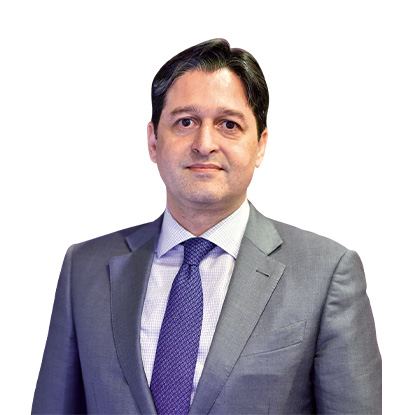 Osman Khalid Waheed joined Ferozsons Laboratories Limited, a publicly listed pharmaceutical company in 1993 after obtaining his undergraduate degree from Harvard. He has worked in logistics, sales and marketing before becoming company president in 1999. During his tenure, the company improved its sales and profitably consistently, and has been awarded the Karachi Stock Exchange’s Top 25 Companies Award six years consecutively. The company has also expanded its portfolio of medical solutions for critical diseases by forging alliances with international partners including the Boston Scientific Corporation, the world’s leading manufacturer of medical devices. In 2006, in a joint venture with the Bago Group of Argentina, Ferozsons Laboratories Limited established BF Biosciences Limited, Pakistan’s first biotech pharmaceutical manufacturing company. Since coming into production in 2009, BF Biosciences Limited has become the leading supplier of Hepatitis C treatment in the country, and has helped reduce treatment costs by over 60% for patients.

Mr. Waheed has previously served on the board of the Trade Development Authority of Pakistan (TDAP), Pakistan Industrial Development Corporation (PIDC), and as president of the Rawalpindi Chamber of Commerce. He currently serves on the Board of Directors of the Murree Brewery Company Limited and DGS (Pvt) Limited.