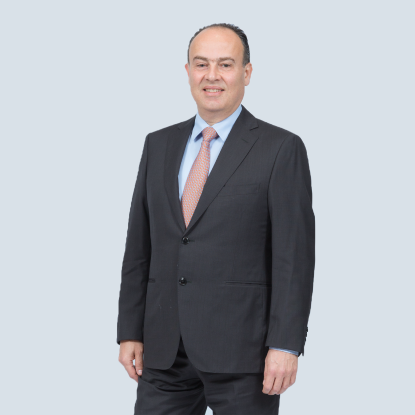 Samer Edmond Chedid is an accomplished and top performing business leader, having served in Nestlé, in markets across the Middle East and West Africa.

He began his journey in Nestlé back in 1998, as Sales Development Manager in Nestlé Abu Dhabi. He worked in multiple roles in different Nestlé markets before progressing on to the role of General Business Manager. Later, he moved to Nestlé Ghana as Managing Director, where he steered the turnaround of business in Ghana from 2008-2012.

A commercially astute professional with over two decades of robust understanding of FMCG sales, marketing and organizational restructuring, Samer has successfully leveraged strategy building abilities and effective execution methods to achieve sales and profitability targets in the markets he has worked in.

Samer has expertise in cultivating and maintaining long-term business relationships with all stakeholders. After his leadership role in Nestlé Saudi Arabia, Samer has joined Nestlé Pakistan as the Chief Executive Officer & Managing Director in August 2019.

A graduate of business administration from Lebanese American University, he has attended a number of leadership and management courses. He has travelled extensively around the globe, and worked in multicultural environments throughout the course of his career. Samer is married and likes to spend his free time indulging in adventure sports and travelling. He is passionate about food and loves to try new cuisines.